The Sudbury Igneous Complex (SIC) and its footwall rocks constitute one of the most significant centres of Ni-(Cu)-PGE mineralization globally. Previous work indicates that fluids have contributed to the low-temperature evolution of the footwall mineralization, but details remain poorly defined. Similarly, there has been relatively little work done to assess the role of the hydrothermal system process in the formation, upgrading and mobilization of ore zones in the SIC and what aspects of these alterations are conducive to mineralization.

Conduct a characterization and evaluation of fluid-related alteration within both the granophyre unit and footwall setting (Nickel Rim South) by integrating field observations, petrography, whole-rock and mineral chemistry, stable isotopes, and chemistry of fluid inclusions. These data will be used to address several fundamental issues regarding the role of fluids in the SIC and mineralized settings. This project links directly with two other projects currently underway that are focusing on the generation of melts in the contact aureole of the SIC and the role of trace metals in mobilization of sulfide ores and PGE.

Data collected in this study, using a wide variety of analytical methods, suggest that the granophyre interacted extensively at high fluid: rock ratios with two thermally distinct, but chemically similar fluids in terms of their bulk chemistry. These two fluids record the initiation and subsequent collapse of hydrothermal fluid circulation related to the SIC. The early high-T fluid may be internally derived and was responsible for the pervasive metasomatism observed in the granophyre. The later lower-T fluid records the ingress of an external fluid as the hydrothermal system collapsed. This latter fluid, fuelled by the cooling SIC, gave rise to massive sulfide mineralization (Zn-Pb-Ag) found at the top of the Onaping Formation which overlies the granophyre. Ongoing study will compare and contrast the characteristics of the hydrothermal alteration documented in the granophyre with that associated with the footwall system of the large Nickel Rim South Ni-Cu-PGE deposit. These results are underway and will be presented in 2014. 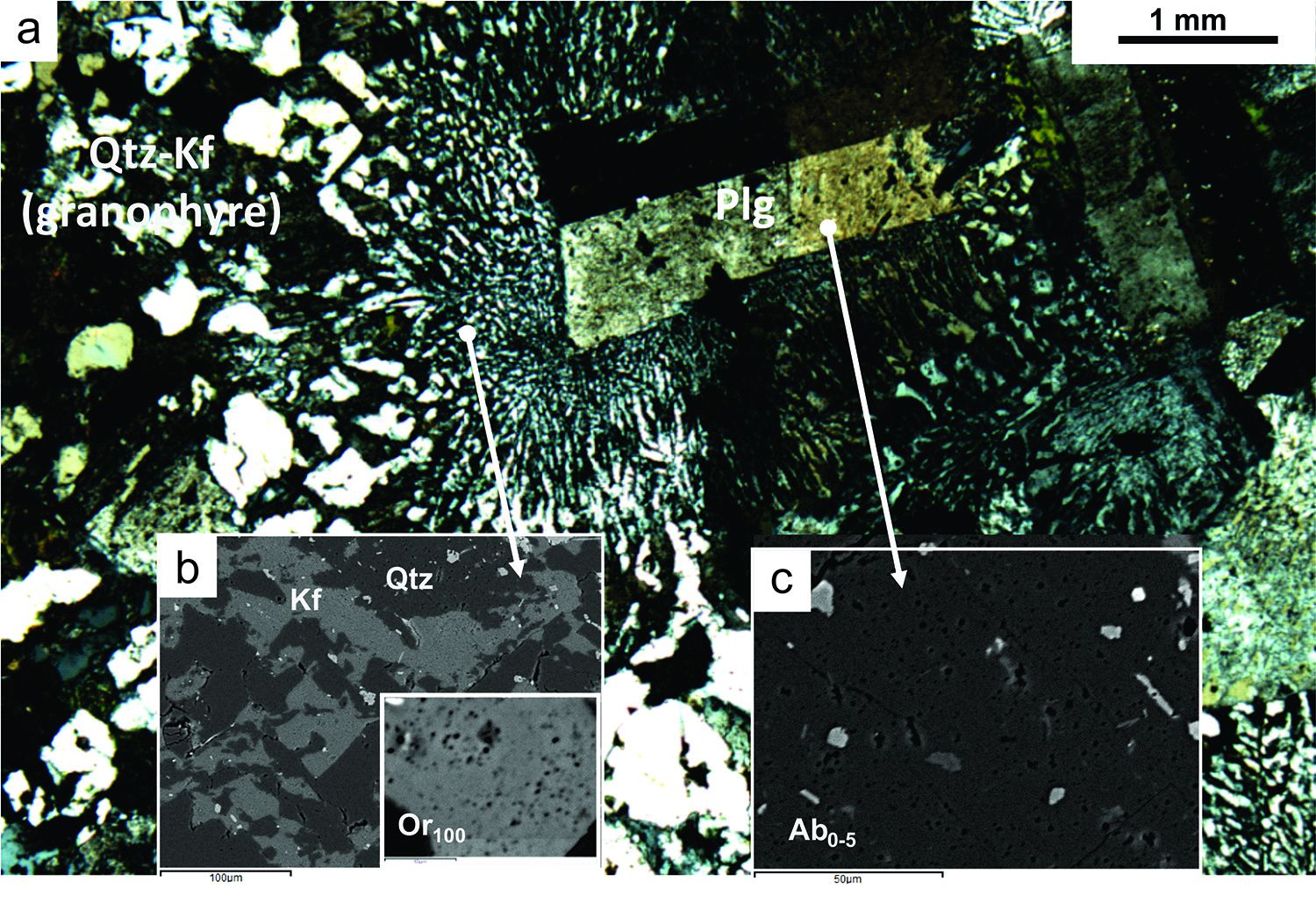