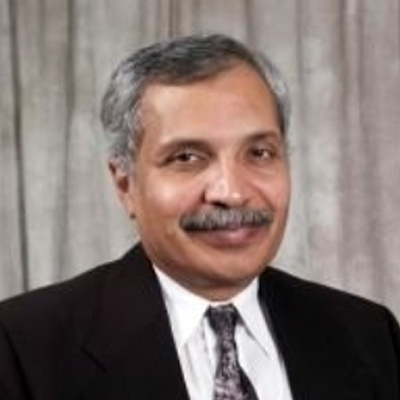 Dr. Rizwan Haq, a full professor in the Department of Physics, has been Interim Vice-President of Research since August 1, 2018.

Dr. Haq completed a B.Sc. (Lucknow University), M.Sc. (Indian Institute of Technology) and Ph.D. (Gujarat University) in Physics. He completed postdoctoral fellowships in physics at the Institut de physique nucléaire (Orsay, France), the Centre de recherches nucléaires (Strasbourg, France), the Université libre de Bruxelles, and the University of Toronto and also taught as a sessional lecturer at the latter two institutions. He has been a faculty member in the Laurentian University Department of Physics since 1983.

His research work focused on particle astrophysics, including the Sudbury Neutrino Observatory (SNO) projects that eventually led to a Nobel Prize for Dr. Art MacDonald in 2015. Publications include works in particle astrophysics, medical physics and the scholarship of teaching and learning in physics. He held NSERC team and individual research grants at various times in his career. In 2016, he was part of the SNO team which received the Breakthrough Prize in Fundamental Physics. He has also served in governance roles including the boards of directors of MIRARCO, SNO and the Academic Council of the Northern Ontario School of Medicine.